Understanding The Different Forms Of Neuralgia Neuralgia is defined as a stabbing, burning, severe pain along a damaged nerve.

This damaged nerve may be anywhere in the body.

The most common areas in the body for neuralgia to occur are in the face and the neck.

The pain is brief but may be severe.

There are several options available for treating different forms of neuralgia.

They depend largely on the type of nerve damage and what caused it.

The symptoms of this condition include:

The cause of neuralgia is nerve damage. Every nerve running through the body is protected by a special coating called the myelin sheath.

When the myelin is damaged or wears away, this leaves the nerve unprotected.

The result is a stabbing, shocking-pain known as neuralgia.

In many cases, the cause of neuralgia is unknown.

The three main types of neuralgia are:

Postherpetic neuralgia and trigeminal neuralgia are the two most common forms.

In cases where the cause of neuralgia has been found, it is often due to a more serious underlying condition that has either aggravated or caused the neuralgia.

Also known as TGN, it has been suggested that it is caused by compression of the trigeminal nerve.

The trigeminal nerve runs from the brain to the face.

Direct pressure on the nerves from bone, ligaments, blood vessels, or tumors can cause TGN.

Swollen blood vessels are also a common cause. Physical injury or trauma from surgery has also been known to cause lead to this particular condition.

The cause of the pain is believed to be from a blood vessel pressing upon the trigeminal nerve where it meets the brainstem.

Pain is more targeted to one side of the face.

TGN is also more common in the elderly.

Postherpetic neuralgia is very common in older patients or those with a compromised immune system.

Also known as PHN, it can occur after an attack of Shingles.

This condition is very rare before the age of 50, but 50% of patients older than 60 years and 75% over the age of 70 are affected following an attack of shingles.

PHN can erupt wherever the outbreak of shingles occurred and ranges from mild to severe,

It may last a few months or even affect patients for years.

Other infections known to cause neuralgia include Lyme disease, HIV, and syphilis.

Also known as GPN, it affects the glossopharyngeal nerve, which provides feeling to the throat.

It is perhaps the most uncommon type and is described as an excruciating shock-like-pain.

The pain occurs along the base of the tongue and tonsils, extending to the ear or angle of the jaw into the upper lateral neck.

This can be triggered by swallowing, yawning, or clearing the throat in the most extreme of cases.

Other known causes of neuralgia include:

This is due to excess glucose in the bloodstream which leads to myelin damage.

MS is a disease characterized by the degradation of myelin.

Treating neuralgia is not easy.

There are many factors to consider including the cause ( underlying conditions ), location, and severity of the pain. However, some cases are easier to treat.

By strictly controlling the blood sugar levels, the battle is half won.

Something as radical as surgery and injections of chemicals are also explored to reduce feeling in the nerve.

These procedures may not improve symptoms and can cause loss of feeling or abnormal sensations.

There are several, more natural drug-free treatments and remedies to relieve the symptoms.

It is still recommended you discuss these with your doctor before pursuing any of the following treatments.

Please read Neuralgia Finally A Thing Of The Past for more information on the disease, as well as possible treatment options. 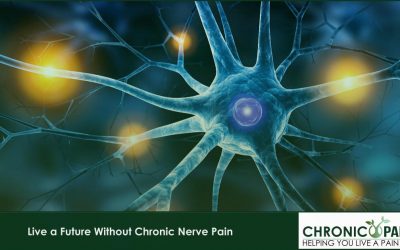 There are over 100 different types of nerve pain which can affect the human body. It is estimated that about 1 in every 50 Americans will suffer from peripheral nerve pain or damage during their lifetime. This debilitating condition can be extremely frustrating,...

Neuralgia Pain Finally A Thing Of The Past

Neuralgia is sharp, shocking nerve pain that occurs when a nerve is irritated. It is far more common in elderly people, but it may occur at any age. Treating related disorders such as diabetes and renal insufficiency may help to PREVENT some forms of neuralgia. Pain...