Rheumatoid arthritis (RA) is a debilitating and painful illness.

About 1.5 million people in the United States have rheumatoid arthritis today.

RA causes chronic inflammation of the joints and other areas of the body.

Because it affects the joints, it  has a severe impact on the person’s quality of life.

RA affects not only a person’s mobility, but their ability to perform many simple tasks too.

33% of people suffering from RA become permanently disabled and 50% of these will never return to a normal life.

Although the two are often confused, RA is not the same as Osteoarthritis.

When individuals are diagnosed with RA, it means the lining of the joints are attacked.

Approximately 20% to 30% of people with RA also have fibromyalgia. RA, along with several other conditions,  are described as an autoimmune disease.

In people diagnosed with an autoimmune diseases, the immune system turns on itself for reasons modern medicine has not been able to diagnose as of yet.

During this sequence of self-destruction, otherwise healthy parts of the body come under attack.

The immune system is made up of several organs, specialized cells and antibodies.

It is the body’s natural defense and its armor against foreign invasion.

When a foreign substance like  a virus or bacteria invades the body, the immune system responds in several ways to try and eliminate the threat before it spreads.

In the case of rheumatoid arthritis, the faulty immune system targets the tissue and other materials which make up the joint.

When this occurs, antibodies, defense cells and fluids swarm around the affected site causing inflammation.

Rheumatoid arthritis is extremely painful cause of deformities and immobility, especially in the fingers, wrists, feet, and ankles.

It causes deformities and immobility, especially in the fingers, wrists, feet, and ankles. Eventually, RA destroys the joints themselves.

RA is also known to affect other parts of the body.

How Is It Diagnosed? Because RA symptoms are similar to some other conditions, it can be difficult to diagnose at first.It is only through a combination of

It is only through a combination of blood tests, x-rays, scans  in conjunction with a physical exam that the condition can be correctly diagnosed and treated.

The “rheumatoid factor” is an antibody found in the blood of 80% of people diagnosed with RA.

In combination with signs and symptoms, it plays a big role in diagnosing the condition.

Everybody is susceptible to RA.

It is believed to be triggered by a combination of factors which include genetic susceptibility, biological and environmental factors. Causes may even include viral infections or hormone changes.

Although both sexes are susceptible to RA, women between the ages of 30-60 are 3 times more likely to be diagnosed.

Even traffic pollution has been fingered as playing a part in the development of RA.

Tobacco plays a major role in one-third of severe cases.

It is believed that rheumatoid arthritis is hereditary. There are certain genes which have been identified, which actually increase the risk for rheumatoid arthritis.

However, the inheritance pattern of rheumatoid arthritis is unclear.

Did you know that the further away from the equator you are, the higher your risk of RA?

This is said to be due to lack of sunlight and other environmental factors.

Studies show that people with the lowest intake of vitamin D had the highest risk of developing RA.

RA can vary in acuteness from person to person.

Some people only experience swelling of the synovium, the soft tissue found between the joint capsule and the joint cavity.

Others may simply feel the stiffness common to that of arthritis sufferers.

In about 10%-20% of RA patients, the disease goes into remission during the early stages, or never develops beyond a mild case.

About 1 in 10 RA patients will experience severe joint damage due to bone and cartilage decay.

In some RA patients, the malfunctioning immune system can also target other organs in the body, such as the eyes and lungs, as well as the membrane around the heart. Treatment for RA focuses on: 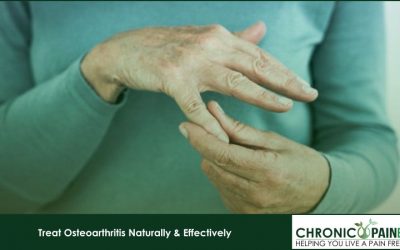 Osteoarthritis is one of the most common forms of arthritis, described as a degenerative joint disease. This disease affects both women and men equally. Although, women over the age of 50 are for more likely to develop OA than men. Men are however still at great risk.... 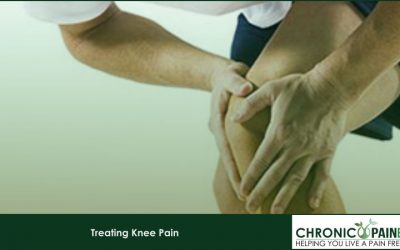 Did you know that nearly 50 million Americans suffer from knee pain? The knee is the largest joint in our body and one of the most complex. We rely on our knees to stand, walk, run and even sit. They ensure our movement and mobility. Looking after our knees is very...